The Italians, known for their passion and expressiveness, have developed a unique way of communicating through hand gestures. These hand gestures complement verbal communication, adding emphasis, emotion, and meaning to every conversation.

Growing up in Italy, I remember my nonna (grandmother) always gesturing while she spoke. Her hands would fly through the air as if they had a life of their own, punctuating her words and bringing them to life. As I got older, I began to understand the cultural significance of these gestures. They are an integral part of the Italian way of life, expressing everything from excitement to confusion. 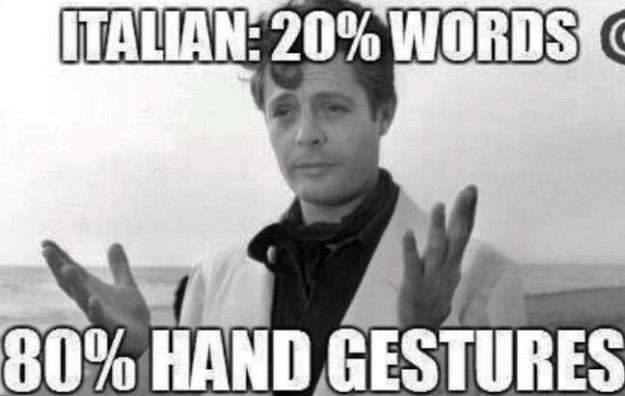 Hand gestures in Italy are like a secret language that only the locals understand. They are used in everyday communication, from the marketplace to the piazza. Even before the law banned talking on cell phones while driving, Italians would pull over to the side of the road because they couldn’t drive and carry on a conversation without using their hands.

Here are a few examples of famous Italian hand gestures and their meanings:

The “finger press” is a widely recognized Italian hand gesture. It is often used as a general expression of frustration, irritation, or bewilderment and can convey the meaning of “But what do you want?” “But what are you doing?” or “But what are you saying?” and can be used to ask questions such as “where,” “who,” and “why.”

To execute this gesture, one would press the thumb against the other fingers and raise the hand upwards.

The “occhio gesture” or “eyelid pull” is a famous hand gesture used in Italy. It’s a way of expressing exasperation and disbelief. Usually done with one hand by pulling down the lower eyelid with one finger while looking up.

It means “Careful, I’m watching you…” or “I don’t believe it.” It can express doubts, disbelief, or disapproval of something and is often accompanied by a shrug of the shoulders. It’s often used as a way to show disapproval, sarcasm, or a bit of frustration.

To perform this gesture, one would place their index finger below their eye, slightly pull down the eyelid, tilt their head, and give a stern look to the person they are communicating with.

The “finger kiss” is a famous Italian hand gesture that conveys the meaning of “Eccellente” or “Excellent.” It is typically used to express appreciation or admiration for something or someone. To perform this gesture, one would bring their fingers together, lift their hand to their mouth and touch their fingers to their lips, as if giving a kiss.

The “finger kiss” gesture expresses appreciation for something or someone and love, appreciation, and gratitude. It also shows respect, admiration, and appreciation towards art, culture, and history. It is also used to appreciate a good meal, wine, or performance.

This gesture is particularly significant in Italian culture, as it expresses one’s emotions and feelings without using words. It is a way of expressing oneself without inhibitions and can convey a message of love, appreciation, or admiration in a subtle yet powerful way.

The “chin flick” is a famous Italian hand gesture that is used to convey the message “Non me ne frega” which translates to “I don’t give a damn” or “I don’t care.”

To perform this gesture, one would bend their arm at the elbow, keeping their palm and fingers facing their body. Then, bring their hands to their throat and run their fingers lightly upward from their neck past the tip of their chin.

The “hand biting” gesture is a commonly used Italian hand gesture that conveys the message, “when I catch you, you’ll be in trouble.” It is often used when someone is fed up or frustrated with someone else’s behavior. It can also be used by mothers scolding their children.

To perform this gesture, one would bite their hand as if it were a sandwich, usually (but not necessarily) with the palm open. This gesture expresses frustration, anger, and even a sense of threat. It also indicates that someone is determined to catch and hold someone accountable for their actions.

These are just a few examples of the countless gestures used in Italy. The next time you visit, give yourself a crash course in “silent” Italian. Observe the locals and try out a few gestures yourself. You’ll be surprised at how quickly you can communicate with simple hand movements. 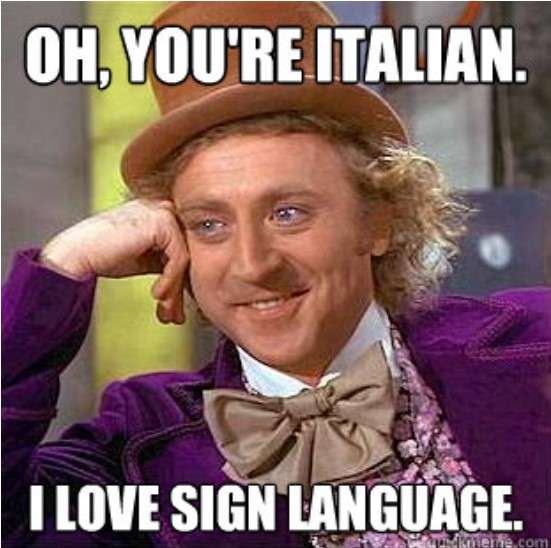 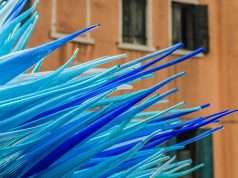 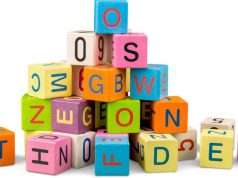 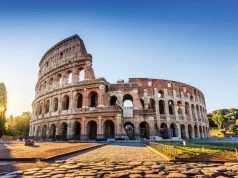